Wednesday we were notified that David Archuleta and three other performers, who were on an Armed Forces Entertainment Tour, had a 10 hour  lay-over in Addis Ababa, Ethiopia on Thursday and would be available for a youth and young adult fireside.  School is out for winter break there so those 12-30 years of age were invited from Addis and Debere Zeit to the Church for the 4:00-5:30 PM meeting.  Sue and I found out, so we caught the flight out on Wednesday evening and were ready Thursday afternoon to cover the event.  There were 135 young people and missionaries ready to be entertained.  It was a spiritual and enlightening meeting. 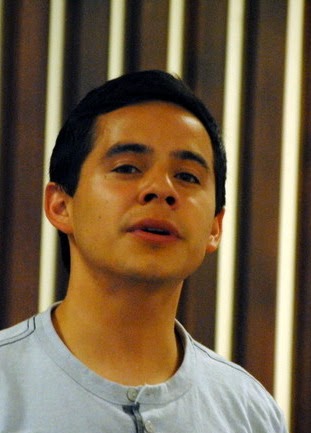 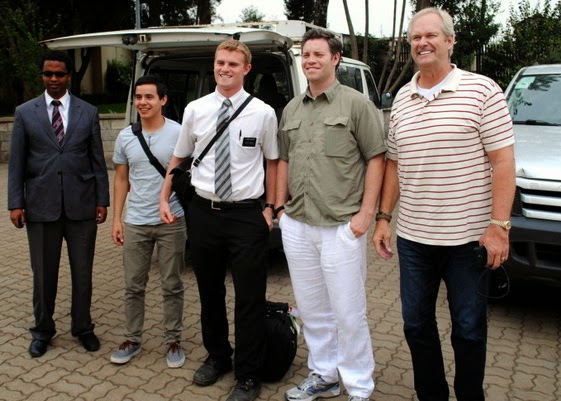 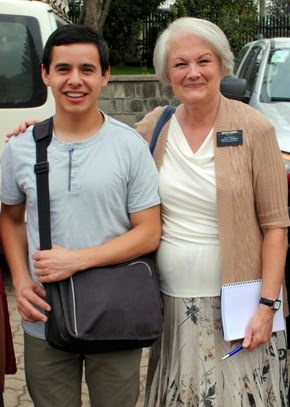 Susan was like a kid in a candy store 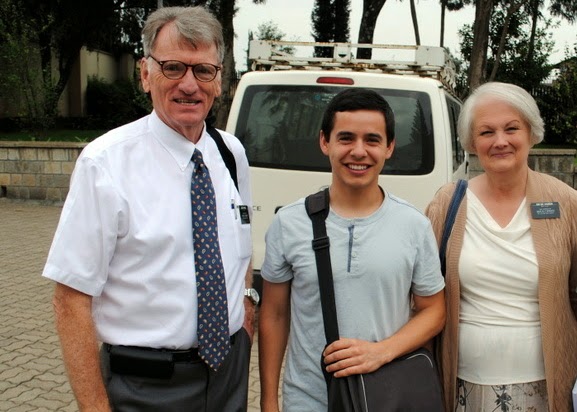 I don't know who the grumpy old guy is, but David and Susan had a good time! 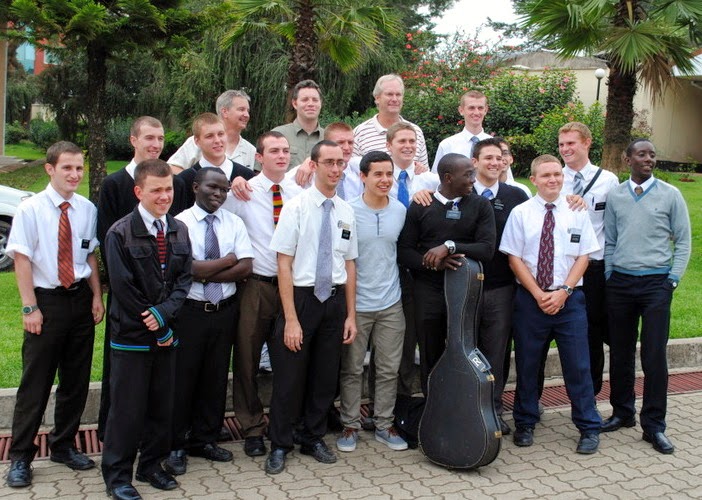 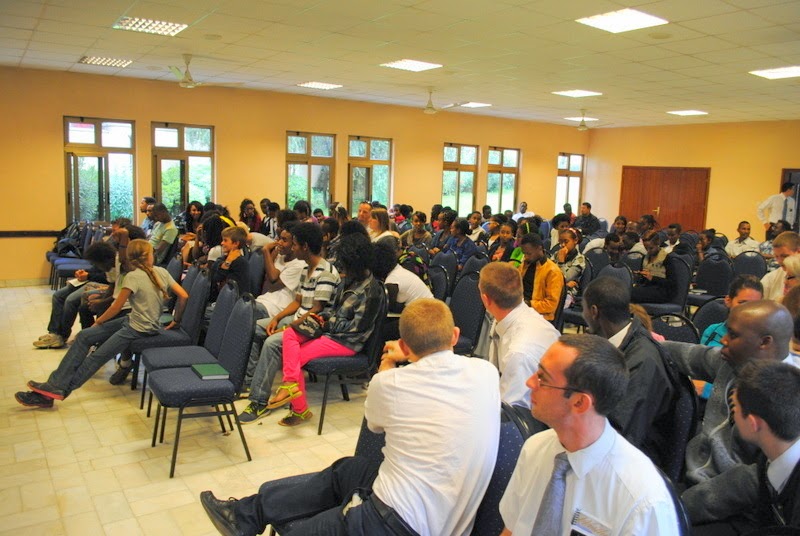 For a Thursday afternoon fireside, 135 young adults and missionaries was a good turnout. 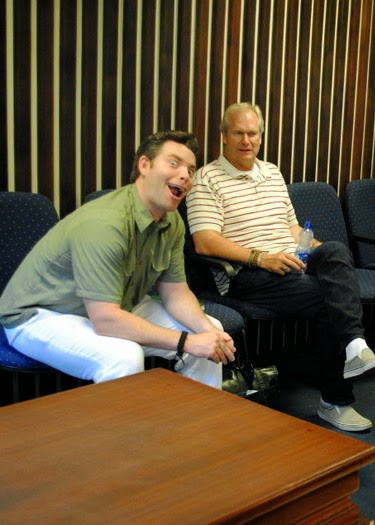 Jason Hewlett, the comedian of the group, is always playing to the crowd.  He kept people entertained all day 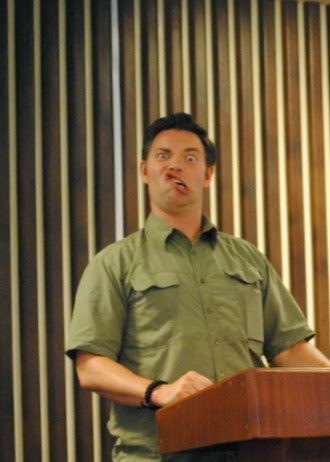 Jason Hewlett was very funny.  He had trained the muscles in his face to do crazy things.  He could make his nose wiggle like a rabbit.  He had the kids rolling in the isle. He also had an imitation of a raptor... funny.   good clean fun. 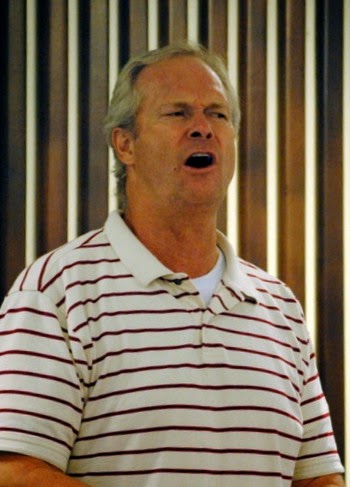 Dan Clark is a motivational speaker and an ex-pro-football player.  He pumped the youth up with a great testimony of the Savior and told some great stories. 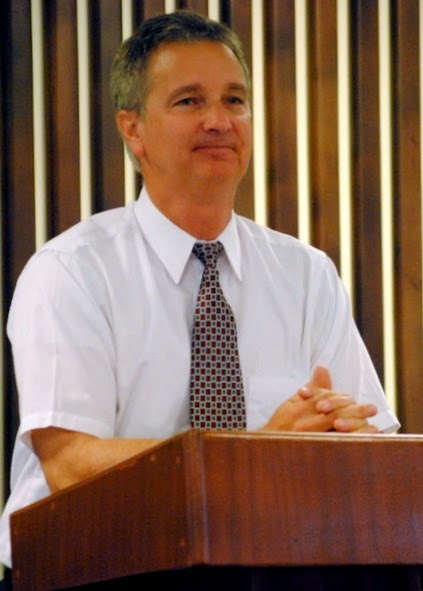 David's voice coach Dean Kaelin was a missionary in Rhodesia (now Zimbabwe) and So.Africa.This was his first time back to Africa since then.  It was rather emotional for him. 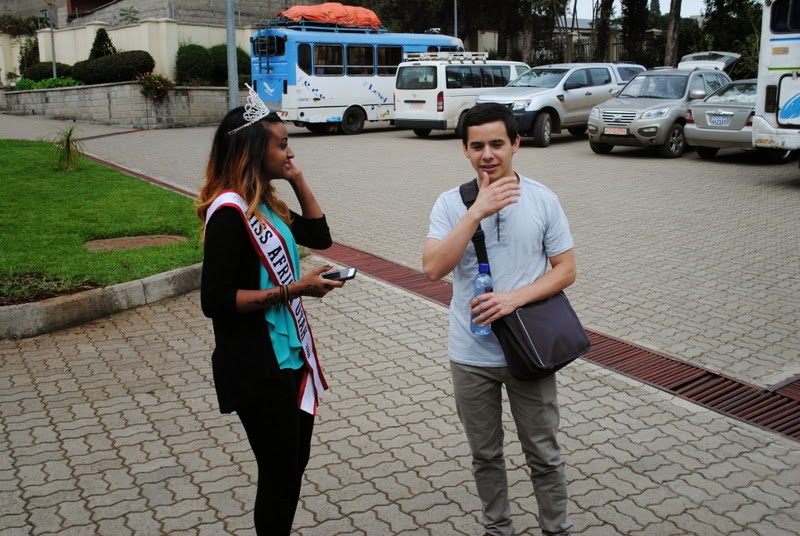 Miss Africa Utah was also in attendance.  She was an Ethiopian orphan adopted nine years ago by a family in Ogden, UT when she was 14. She is a student at Weber State studying International Relations and was in Ethiopia doing some work for an NGO. 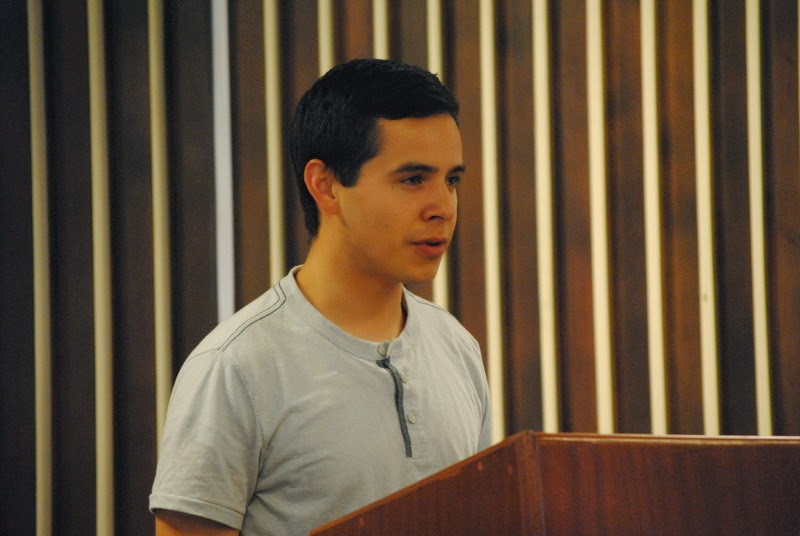 David sang four hymns for the audience and shared his testimony.  He has been home from his mission to Chile, South America for 4 months. 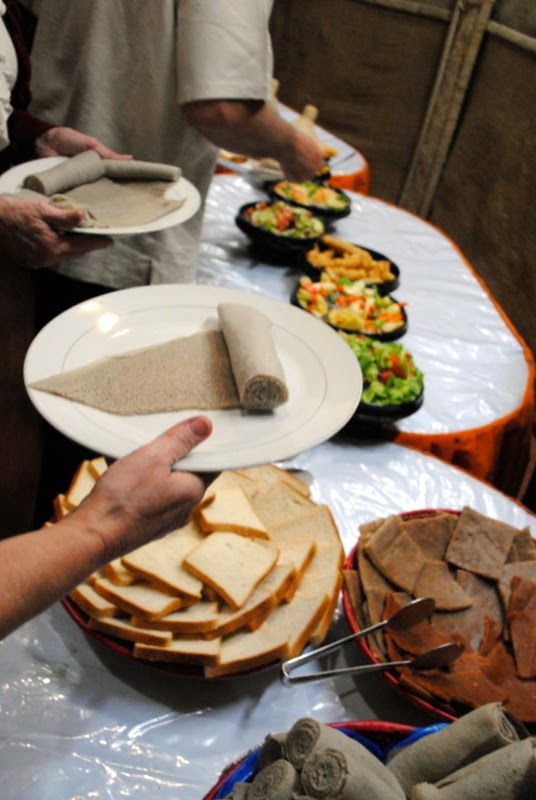 Ethiopian food is not my favorite.  Everyone but me seemed to enjoy it.  The pancake-like roll is called injera (sourdough flatbread) and is much like a thick crepe.  You roll it out flat and then use it as your bread and utensil. 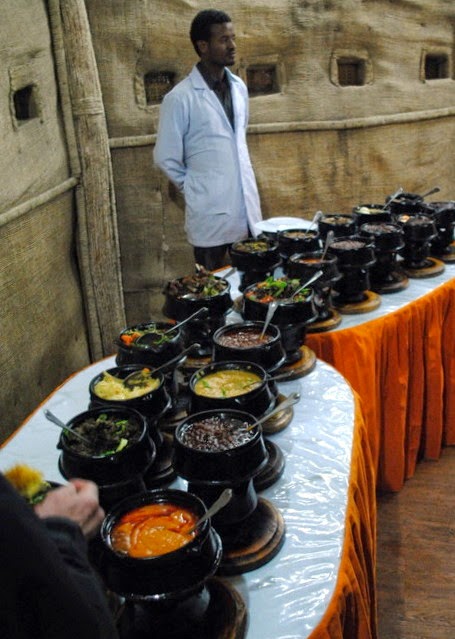 On the injera you put very spicy meat, sauces, vegetables and rice with other things. 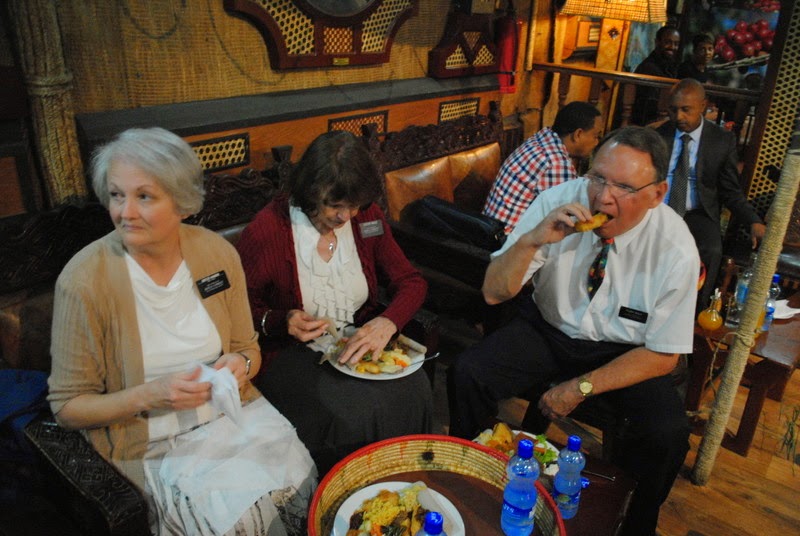 Elder and Sister Wold from Mesa, Arizona enjoyed the food 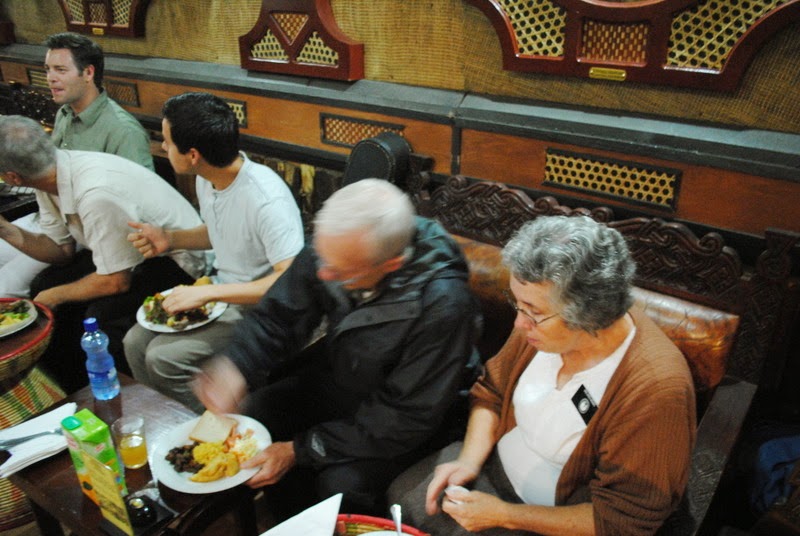 Elder and Sister Moses from Parma, Idaho, did not enjoy it as much 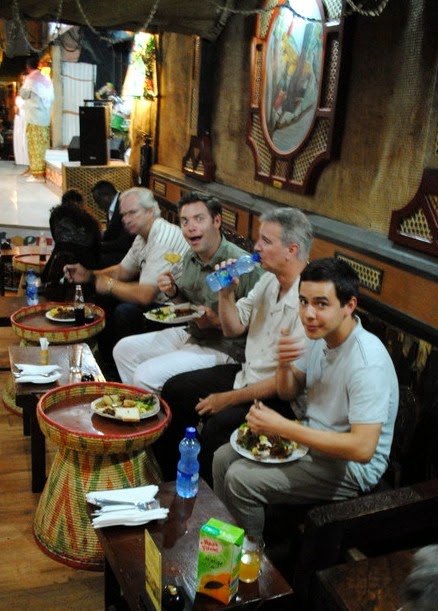 The celebrities seemed to enjoy the food.  David was on a first name basis with the food server. 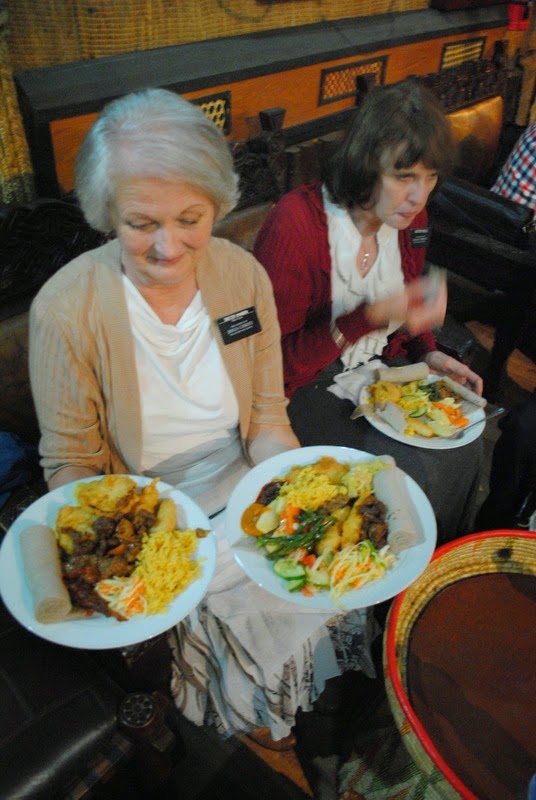 Look at this, Susan liked the food so much she took two plates.  Not really, the plate with mostly rice is mine. 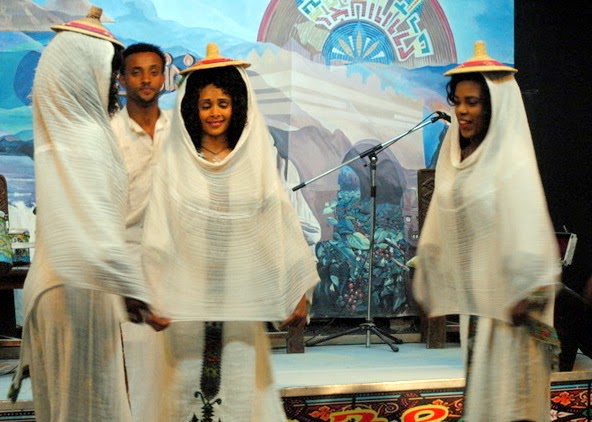 I took this because I thought the cultural performers were pretty girls.  I have said it before, Ethiopian people are very good looking. 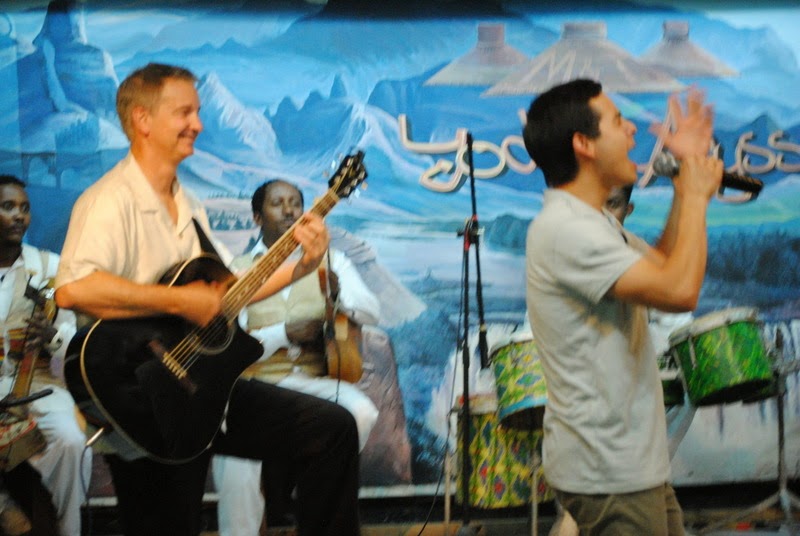 David is a quite a shy, humble young man and when management told him he had been recognized he was a little embarrassed. The manager asked him if he would come on stage and sing a couple of songs. His voice coach had his guitar with him and so they performed. When David is on stage he flips into IDOL mode and is a great performer. 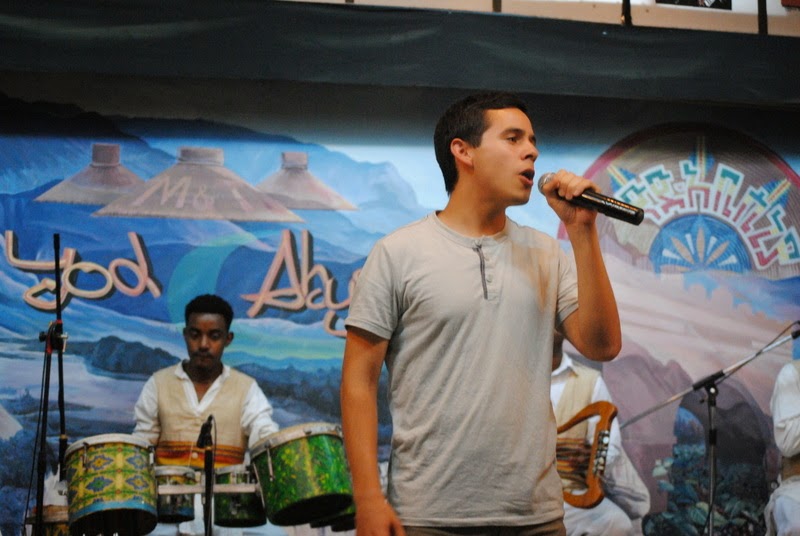 David sang two songs; "Stand By Me" by BB King and "Everybody Hurts" by REM 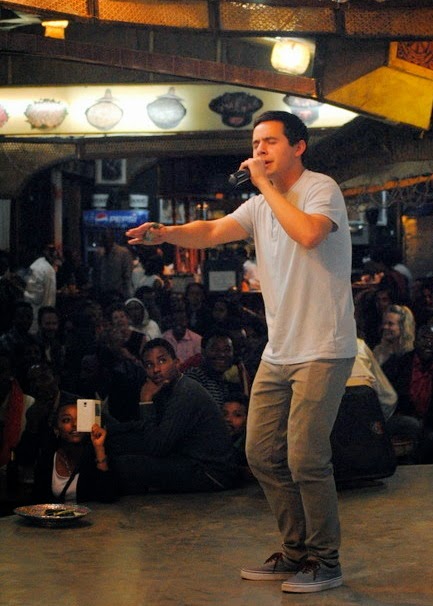 There were quite a few foreigners... Americans and  Europeans... in the audience and a group from the Philippines, but mostly Ethiopians.  We guessed there were between 200-250 in the restaurant. The audience went crazy...taking pictures, clapping, yelling, etc. when he started to sing. 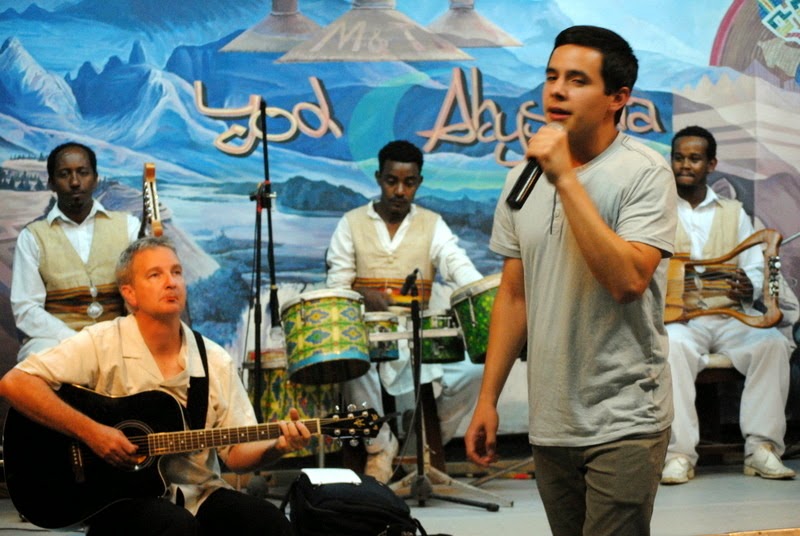 When he finished his two songs, he walked off stage and was mobbed.  He was quickly surrounded by his traveling companions and we all left the restaurant.


This was a fun event to cover.  It was dropped in our lap Wednesday and we were out of Ethiopia on Friday morning.  The couples here in Kampala give us a hard time about not being real missionaries because our job is so fun and has perks.  We tell them, "Well, you know what P.A. stand for?  Party Animals."